The McArthur side of my family moved to North Carolina from Ardminish, Jura, Scotland in the early 1770's. They landed in Wilmington, NC and moved up the Cape Fear River to Cross Creek and Campbellton, settling near Longstreet Presbyterian Church on present day Ft. Bragg. 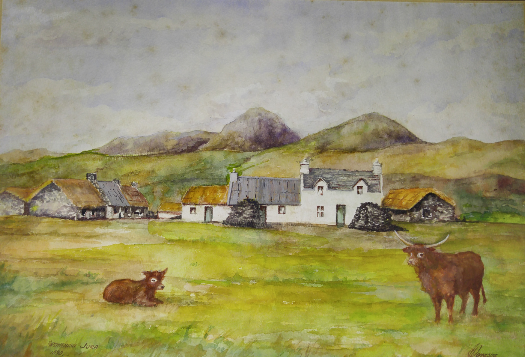 My grandmother, Mary McArthur, expended great effort to trace her family's genealogy. She found English connections to the Mayflower on her mother's side through the Nye's. She followed her father's line back to James Graham, 1st Marquis of Montrose. On her husband's side, Paul McArthur, she followed the MacArthur line back to Jura, where she corresponded with Morag Shaw, who still lived at Ardminish.

In 1979, my mom, Sandra McArthur, encouraged and helped the family to explore these Scottish roots in person with a trip to Scotland.

On the second trip in 1985, my dad, Richard McArthur, an antiques wholesaler, explored the house to a greater extent.  In the process of looking at myriad abandoned household items, he noticed a plain, but well crafted wooden dovetailed box.  Upon further inspection, it yielded a set of pipes.

Morag Shaw was so happy to see MacArthurs returning to Jura and surprised by the find herself, that she let us keep them provided that we would learn to play.  We happily agreed.  My father tried but didn't feel suited to the task.

In 1988, my grandmother asked me if I wanted to learn how to play them, and I said yes without hesitation.  She found me local instruction, carried me to lessons, and was very supportive generally.  She even supervised my memorization of Amazing Grace while sitting in her car.  Even though the instructor did not meet us, she was determined to stay on course for the entire hour.  I like to say she taught me to play Amazing Grace.

It's hard to say when these pipes were made or who made them, but most educated guesses place them between 1890's-1920's.  Some say they are Lawrie's, some say Henderson's. 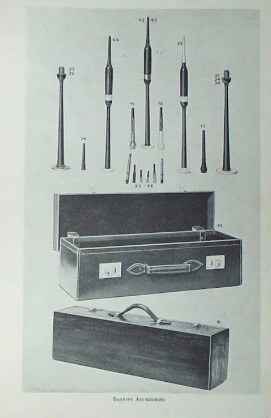 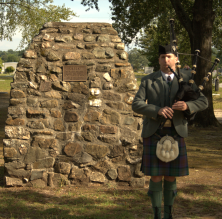