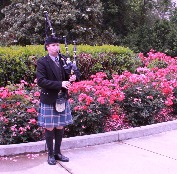 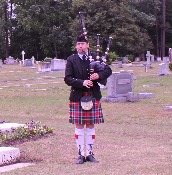 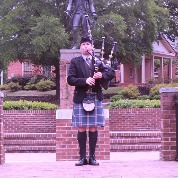 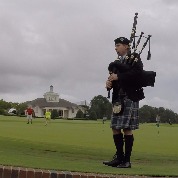 My Main Goal in Life is to Help People Hear Good Piping.

Regardless of rate, distance, and time I offer my best effort to help you, your guests or your clients hear the Great Highland Bagpipe as it was meant to be heard.  I've been piping for 28 years and performing for 25 of them. I studied piping at St. Andrews University in Laurinburg, NC and have been a full-time piper for the past 15 years. The Eastern United States Pipe Band Association (EUSPBA) rates me as a Grade 1 piper.  Beyond regular Weddings, Funerals, Church, Golf and other events, I am also the Piper for the Pinehurst Resort, featured monthly at Bald Head Island's Howl at the Moon Party, perform internationally with The Tartan Terrors, and recently helped the Rend Collective's US Tour. 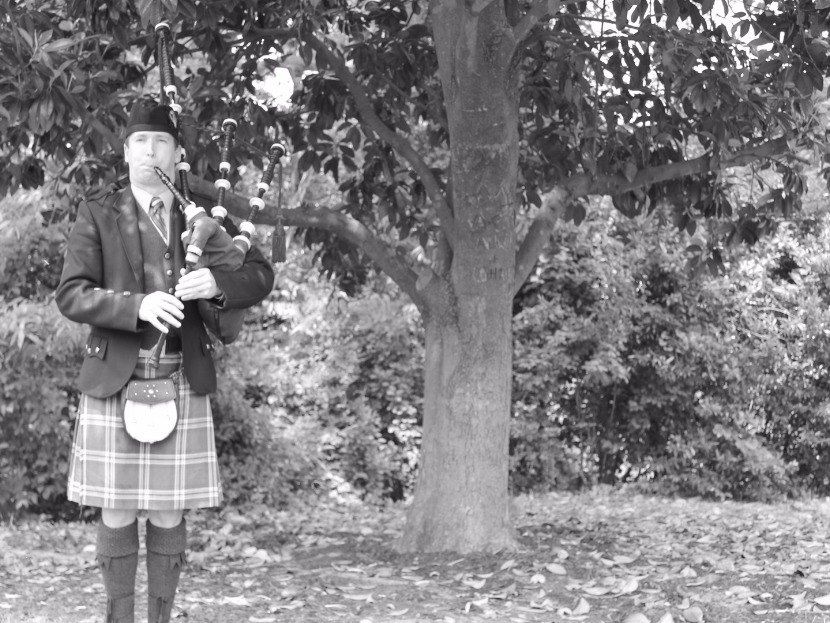 I received most of my instruction from Bill Caudill at St. Andrew's University in Laurinburg, NC. I also spent many years attending the North American Academy of Piping summer school at Valle Crucis, NC where I received very influential instruction from Sandy Jones, Bill Logan, Ed Neigh, Colin MacLellan, and other major figures. In addition, I've attended many weekend workshops with world class players like Alasdair Gillies, Bob Worrall, and Ken Eller. I am Pipe Sergeant with the St. Andrews University Pipe Band, a group that has consistently been the Grade III band to beat in the South for 20 years. (There is a very small number of Grade II/I bands in the US). I'm the Pipe Major for the Cross Creek Pipes and Drums in Fayetteville, and also teach the Myrtle Beach Regional Pipe Band. The Wake and District Pipe Band in Raleigh recently brought me along to help tune and troubleshoot for a Grade III contest in Chicago. In the past, I taught and set up the Cape Fear Highlanders out of Wilmington during their undefeated year in Grade IV. I also performed with the Charleston Police Pipes and Drums during their second run in Grade II at the North American Championship. With 25 years of performance experience, I have the perspective to read an event and make decisions about how to handle unexpected changes in the plan. I'm also very flexible generally and happy to do what the moment calls for to make everything go very well.